“Social media provides a whole new dimension for promoting our business.  The professionals at ESMS developed an effective and professional business profile for us and significantly raised the awareness of my company on all social media platforms…superb results!  ESMS offered professional interviewing services for my company.  Their approach, style and techniques provided the preliminary screening […] 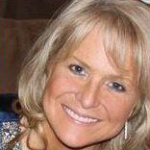