Blue Sigma Analytics “I had the pleasure of working with Cynthia Ericson of Ericson Strategic Marketing Solutions in preparation for a major presentation in Barcelona, Spain.  Ms. Ericson’s help was invaluable.  The first time she went through the presentation with me, she focused on designing a complete message for the audience.  She provided feedback on […]

“One Life Makes a Difference…”

How did Stephen’s Fund begin?

The Stephen Chandler Ericson Scholarship Fund was founded in 1984 in memory of our beloved brother Stephen who entered Heaven on September 19, 1984 at 6:03pm.  It was a Friday and a soccer game day and Stephen was running to score a goal when lightning came from the heavens.  The lightning was so different because the lightning and thunder came at the same time – it was so solitary!  We were blessed to have him with us for five days before God called him Home.

Stephen’s accident received national media attention and people from all over began to reach out to my family expressing condolences and inquiries about donations in his honor and memory.  Our mother and father, Laura Chandler Ericson and Joseph H. Ericson, Jr., decided to establish the Stephen Chandler Ericson Scholarship to be awarded, annually, to a senior high school student in the Chester County area. The goal of Stephen’s fund is to help a student, each year, with their first year of college or trade school.  The first scholarship was awarded in May of 1985 and continues to this day.

Before Stephen arrived… we were three … after Stephen, we were a family.  Stephen was a gentle, kind and wise soul.  He had a great capacity for love and understanding that did not match his youth.  To demonstrate his character I want to share the story of Stephen’s last pair of shoes.  Mother took Stephen to Exton Mall to buy shoes for the school year.  As they were leaving the mall a young girl was entering with her mother, at the same door, and the young girl was extremely disfigured and had several, severe physical challenges.  When Stephen and my mother reached the outside of the mall Stephen turned to my mother and said “Mom, did you see how beautiful her smile was…I hope people notice her beautiful smile!”  This is our brother Stephen.

How is a student selected to receive Stephen’s Fund and when and where are they honored?

Each year, the teaching staff that works with the senior class is asked to present nominations for Stephen’s scholarship.  The criteria includes: Christian character/spirituality, academic performance, athletic and music ability, a good sense of humor, school spirit and acceptance at a college or trade school.  The student is honored at their graduation ceremony and the funds are sent to the graduate’s college or trade school when enrollment for the graduate is finalized.

What is the purpose of the Stephen Chandler Ericson Scholarship / Foundation?

Our goal is to help young people with their education and to inspire them to develop the mindset that we are all in this life together and that we must help one another. That indeed, “one life makes a difference…” We hope the scholarship is the catalyst for a mind, heart and soul that focuses upon what they can do for someone else no matter how large or small the gesture. 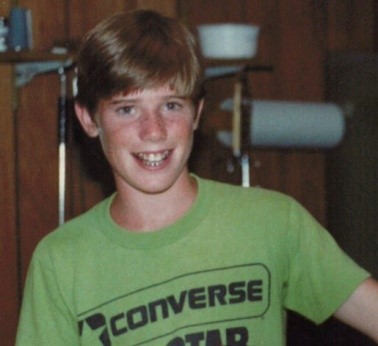 "One Life Makes a Difference..."

The Stephen Chandler Ericson Scholarship Fund was founded in 1984 in memory of my beloved brother Stephen who entered Heaven on September 19, 1984 at 6:03pm.
Donate Now!»